I've mentioned here before that my historical novel, Playing by Heart, was inspired by Maria Gaetana and Maria Teresa Agnesi. Women's History Month feels like an appropriate time to again celebrate the lives of these amazing sisters.

The novel’s original title was The Second Salvini Sister. I based my main character, Emilia Salvini, on composer Maria Teresa Agnesi, and I gave Emilia an older sister, Maria, who was modeled on Maria Gaetana. I incorporated several events from the Agnesi sisters’ lives into the story. For example, the scene in Chapter Five where Maria Salvini gives a speech defending the education of women is based on Maria Gaetana’s first public speech at age nine. Young Maria Gaetana had translated the speech into Latin herself. She had to overcome her natural shyness when she recited the long speech from memory before a gathering of Milan's aristocracy on August 18, 1727.

Another real-life event I wanted to include in the novel was a 1739 visit to Milan by future Empress Maria Theresa of Austria. The Empress is obviously a much more well known figure in women's history.

I was thrilled to find a primary source describing the then-archduchess's only visit to the city. Translating a document written in eighteenth-century Italian proved painstaking. Still, it was worth the effort. The document contained wonderful details that helped add authenticity to Playing by Heart.

I learned that Archduchess Maria Theresa participated in the Ritual of the Holy Nail at the Duomo Cathedral in May 1739. The ritual is still performed annually in Milan. You can watch video clips of the ceremony on YouTube. You’ll find a brief overview with English narration here or the full ceremony in Italian here.

Here’s an excerpt from the scene in the novel describing the ritual:

“My first glimpse of the archduchess came the next day, which happened to be the Feast of the Cross. Our family joined the crowd inside the Duomo to participate in the twice-yearly ritual of the Holy Nail, a relic believed to be one of the nails from the cross of Christ. The Nail is stored in a crystal case set in the center of an enormous gold cross suspended high inside the cathedral’s dome. The cross can only be reached via the Nivola—a mechanical, cloud-shaped lift said to have been designed by Leonardo da Vinci himself. The lift sits behind the Duomo’s main altar. From where we stood, I could see neither the Nivola nor the three cathedral priests who climbed into it.”

I loved incorporating real events involving notable women of history into my novel. I hope Playing by Heart inspires readers to learn more about these amazing women. 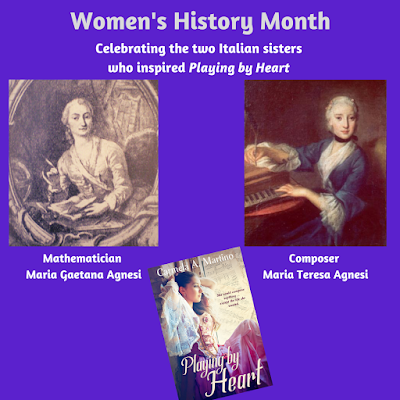